« Back to the news section
Blog

Why Filipino Startups Have Huge Potential

The Philippines is no longer just a travellers’ paradise, it is also now a startup heaven. It was evident in the recently concluded Seedstars Manila event wherein 20 local startups competed for a chance to be invited back to Geneva during the finals in February 2015 to win a US 500,000 equity investment. The groups who pitched during the event displayed great promise on the quality of the Philippine startups and its ecosystem.

The large business process outsource (BPO) industry in the Philippines has created a window for enterprise targeted startups. Take for example Salarium, the winner of this year’s Seedstars Manila, who is an innovative enterprise SaaS which offers payroll solution to SME and large businesses. Other participants who pitched during the event also had similar services such as Innovantage’s Cogito, a cloud task management tool and TrackUrPeople, an employee tracking system.

Philippine startups are seen to be trying to address the everyday problem and challenges that people living in a developing country are facing everyday. These innovations solve real-world problems that could have huge potential for growth globally. One of the groups who participated in the regional pitching event in Manila who fall under this category is Nyfti Bicycles, producer of three-fold bicycles which could potentially help solve the massive traffic and pollution problems in the metro. On the other hand, Oroscas enables people without credit cards to purchase items in installments offering the best rate considering the low credit card penetration in the country. A notable startup called SALt (Sustainable Alternative Lighting), who invented a saline solution-powered lamp, could be the perfect answer to millions of Filipinos nationwide who have no access to electricity (Note: this group did not participate in SSW Manila).

Growing industries in the country such as transport, tourism and remittance (almost 10% of the Filipino population are working overseas or what is locally known as OFWs) are also great venues for entrepreneurs to look into when it comes to development and investment. These, coupled with the nation’s huge pool of young, internet-savvy and English-speaking populace as well as a relatively lower cost of living makes it easier to build a startup and possibly scale into other emerging markets in the region and beyond.

Innovation is slowly gaining speed in the country with the emergence of incubators, investors and venture capitalists. Admittedly, it still is not at par with that of Silicon Valley or leading startup scenes in London, Berlin and Singapore due to its prevalent corruption, government bureaucracy, and underdeveloped infrastructure. Nevertheless, these are slowly improving and along with this improvement is the success of Philippine-grown startups in the near future.

Seedstars Manila Winner Salarium with the Seedstars Jury and Runners up 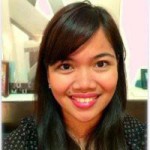 Echelon Thought Leaders: Our CEO on Opportunities for Traction in Asia